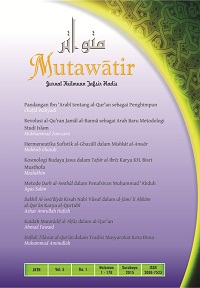 View Item Download PDF
A Comparative Study on Shi‘îte Tafsîr of the Qur’an 24: 55 and the Bible Isaiah 11:1-9: Theology of Hope in the Concept of Mahdism and Messianism